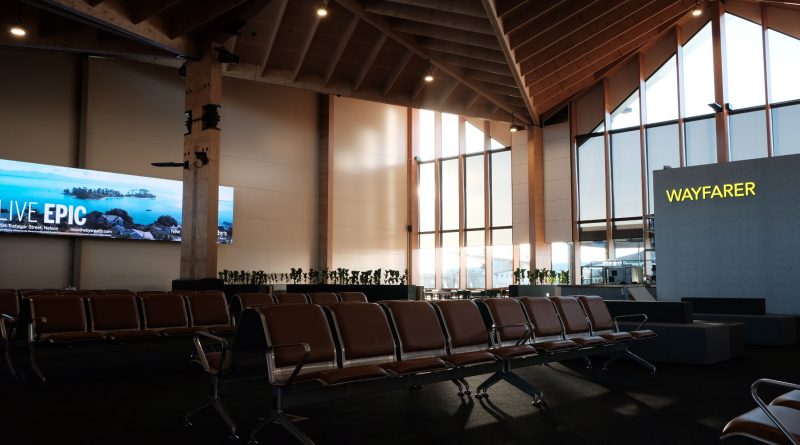 The first stage of Nelson Airport’s new terminal building has opened for use by airlines and the public today with festivities for passengers, visitors and airport users alike.

The opening marks stage one in completing the new terminal building, a centrepiece of the airport’s redevelopment project which includes new and expanded parking facilities and access roads. The new 22-metre high control tower owned by Airways New Zealand and adjacent to the terminal development has also just opened.

“Our customers have been watching this stunning new building emerge over the last year and can now enjoy the experience of its beautiful natural timber, open spaces, intuitive flow and expanded facilities.

“But, keep in mind we are only 60% percent complete, and while stage two of the terminal building is under construction we’ve put some temporary facilities in place.”

“This means stage two can now get underway, which we’ll kick that off with the demolition of existing old terminal building. It has served the region well for the past 42 years and we will be giving it a good farewell,” says Mr Evans.

“Then we can begin construction of the second stage of the new terminal building which is scheduled for completion in late 2019. This construction phase should cause little disruption to passengers.”

Airport users will also be able to enjoy a whole new retail and hospitality experience in the new terminal where all outlets have been fully let, with a strong focus on local businesses and products.

“I am sure our customers are going to enjoy this new retail and food experience with a wide range of products, each offering their own Nelson essence.”

“The airport is the gateway to the Te Tau Ihu (Top of the South), and we’re proud to welcome locals and visitors alike to this wonderful new facility. We look forward to the completion of the new terminal in 2019 and the benefits it will bring to the region.”

Tasman Mayor Richard Kempthorne says it’s exciting for the region with the existing terminal having been beyond capacity for some time.

“I am also thrilled with the design of the terminal and the use of one of our natural products, timber, in its construction. It looks stunning!”

“We are excited by the outstanding job the Nelson Airport company has done in assisting to tell a local Nelson Tasman wood manufacturing story through the construction of the terminal. And the way in which they have embraced the local arts and artisan story of the region through their service offerings. Bring on stage two.”

“Nelson is an important destination for Air New Zealand and it’s great to see a new terminal to cater for continued growing demand for flights into and out of the city.

As a major employer in Nelson, it’s also great to see a gateway into and out of the region for not only visitors but our own employees.”

“The redevelopment project is a significant investment by the Nelson-Tasman community and we’re sure both our customers and team members will very much enjoy using the new facility.” 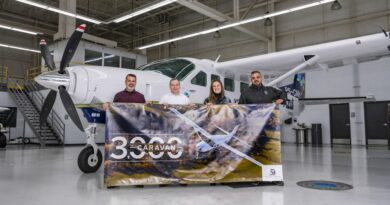 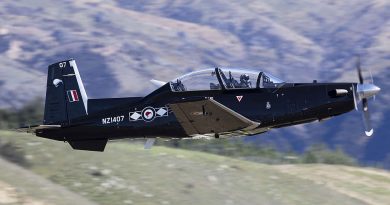