Today’s weather forecast is for deteriorating conditions and as such the Wings over Wairarapa team has made the difficult decision to cancel today’s air show at Hood Aerodrome in Masterton.

Wings Chair Bob Francis says this is because of concerns for public safety and for the safety of pilots flying in minimal conditions.

“We’ve recognised the potential risk at bringing public on site and having a limited airshow for patrons. It’s been a difficult decision but the right decision from a health and safety perspective,” he said.

Mr Francis said this morning’s announcement following a successful two days at Wings Over Wairarapa. This included the first ever night show which concluded last night with a dazzling display over fireworks, a fly over by the C130 Hercules and magical performance by Airborne Pyrotechnics from the UK; as well a full day’s flying including the public debut of The Vintage Aviator’s Airco DH4.

“We’ve been delighted with the feedback we have received from the public about Saturday’s show, especially the first ever night show which  was simply stunning. In addition Friday’s education day, which saw almost 5000 Wairarapa school children come on site, was wonderful, and I think we’ve inspired a new generation into the aviation industry.”

Mr Francis says all the information ticket holders need will updated on the Wings Over Wairarapa website later this morning. 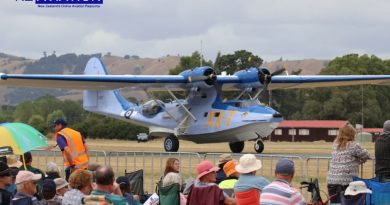 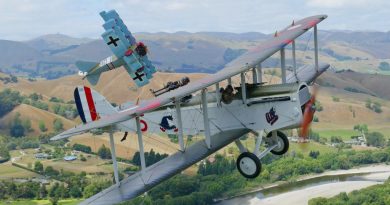