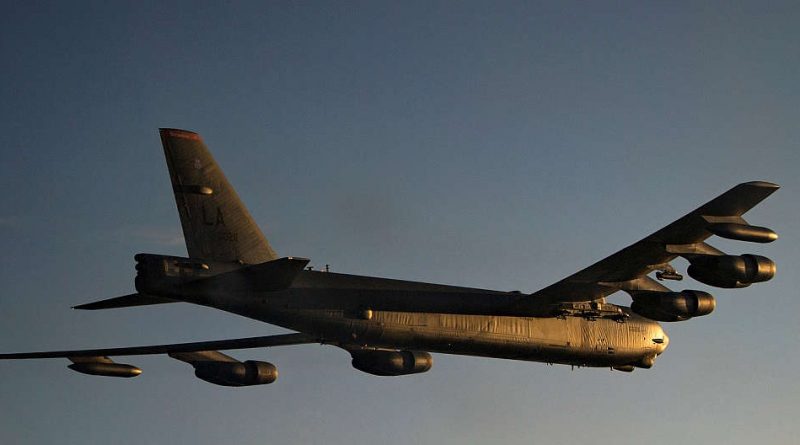 Warbirds Over Wanaka International Airshow has announced a major coup for its Airshow this Easter weekend.  A United States Air Force B-52 Stratofortress bomber will conduct a flyby on the Sunday of the Airshow – an exciting first for New Zealand.

“This is absolutely brilliant news for us and will quite possibly be a once-in-a-lifetime opportunity for our visitors to see one of these magnificent aircraft display here in our own backyard,” says Warbirds Over Wanaka General Manager, Ed Taylor.

Ed says as Airshow organisers they understand that the attendance of all military aircraft, including the B-52, are subject to operational and engineering requirements nearer the time of the Airshow.

The United States Air Force has already announced it will be bringing a C-130J-30 Super Hercules transport aircraft to Warbirds Over Wanaka.  The two American aircraft are part of an impressive modern military line-up at Wanaka.  The Royal Australian Air Force is bringing its F/A-18 Hornet fighter jets to Wanaka 2020 with a four-ship display while the Royal New Zealand Air Force has confirmed it will be having as many of its aircraft types as possible at Wanaka, with confirmation of the final line up nearer the event.

Ed Taylor says the level of support from the RNZAF and other Air Forces has always been a distinctive feature of the Warbirds Over Wanaka programme, perfectly complimenting the big line up of classic fighting aircraft also on the flightline, which this year features the return of a Polikarpov I-16 Russian fighter, two Spitfires and the newly imported Yak-3 “Steadfast” making its Wanaka debut.

The Boeing B-52 story goes back to June 1946 when the successful contract bid for a new bomber was let.  The maiden flight was six years later in 1952.  The original design evolved from a straight wing aircraft powered by six turboprop engines to the final prototype with eight turbojet engines and swept wings.

The B-52 celebrated 60 years of continuous service with the USAF in 2015 and after undergoing upgrades around that time it is expected to still be serving into the 2050s.  This will make it the longest-serving bomber aircraft in history.

The B-52 was originally designed to drop nuclear weapons, however the veteran of several conflicts over the years has only dropped conventional weapons in combat. The aircraft will not be carrying any weapons for the New Zealand flyover.

Superior performance at high subsonic speeds and relatively low operating costs have contributed to the B-52s longevity despite the introduction of more advanced aircraft such as the Mach 2+ B-1 and the stealth B-2 Spirit.

The B-52’s longevity has also led to iconic status within the USAF where the aircraft is informally referred to as the BUFF (Big Ugly Fat Fella).

Warbirds Over Wanaka International Airshow is being held at Wanaka Airport on April 10th, 11th and 12th.  For more information and tickets go to www.warbirdsoverwanaka.com

Photo:  USAF supplied photo of the B-52 bomber 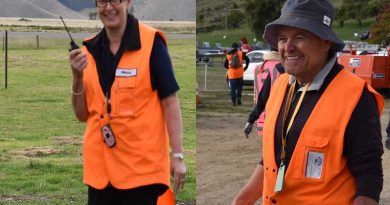