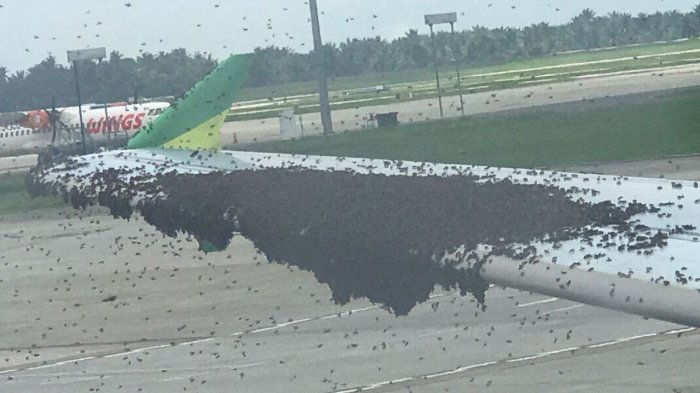 Hive of Bees attempt to colonise the wing of Citilink Airbus A320 Aircraft at Medan Airport, Indonesia.

The flight # QG885 from Batam-Kualanamu landed in Medan Airport at 11.42 pm on 9th September 2017. While taxiing to the parking bay after landing, hive of bees attempt to colonise the wing.

“At 12.30 WIB cleaned by spraying the wing with water by the airport fire extinguisher unit ” spokesman for CitiLink, Benny said

He added “spraying and re-examination of the entire condition of the aircraft carried out according to flight safety and security procedures. After no other technical issues, the aircraft with flight number QG-884 Kualanamu-Batam route declared eligible to fly.”