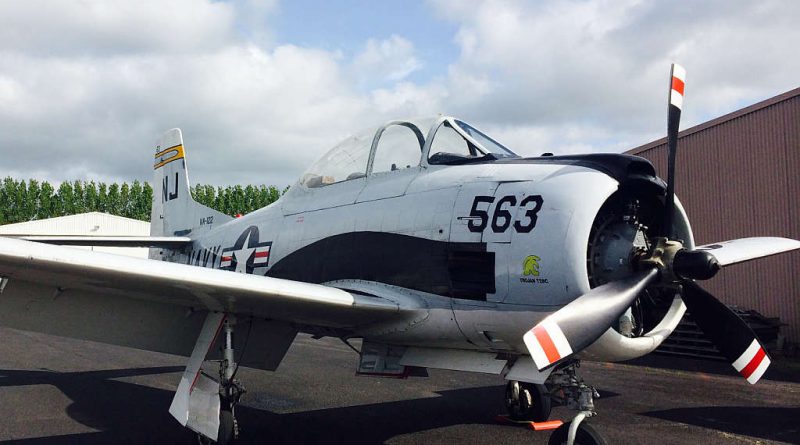 Wanaka:  Warbirds Over Wanaka International Airshow organisers have announced the return of the North American T-28 Trojan aircraft next Easter – 14 years after the aircraft’s last appearance at Wanaka.

“Easter 2018 will celebrate 30 years since the very first Wanaka Airshow and as such we’re trying to bring back a number of aircraft and acts which have thrilled the crowds over those three decades,” says Warbirds Over Wanaka General Manager, Ed Taylor.

The Trojan fits that category having last flown at Wanaka in 2004.  “And the good news is that we may yet have two Trojans in the air.  We have one confirmed already and the other is currently undergoing some repairs.  It’s bit of a long shot but if it’s ready in time it will be here,” says Ed.

The T-28 Trojan was produced during the 1950s and was first used as a military trainer aircraft by the United States Air Force and United States Navy.  During the 1960s the T-28 was successfully employed as a counter-insurgency aircraft, primarily during the Vietnam War.

“The Trojan is a grunty aircraft and its Wright R-1820 radial engine packs a noisy punch,” says Brett.

Brett will be busy during the Airshow.  Along with flying the Trojan he will be behind the controls of the Catalina Flying Boat and is an integral part of the Yak-52 aerobatic display team.

“Wanaka is New Zealand’s only truly international Airshow and as such it’s a real privilege to be part of it.  I’ve been around the Airshow for the past twenty years or so and just can’t get enough of it,” says Brett.

The 30th Anniversary Warbirds Over Wanaka International Airshow is being held on March 30th, March 31st and April 1st.  Information and tickets are available from www.warbirdsoverwanaka.com 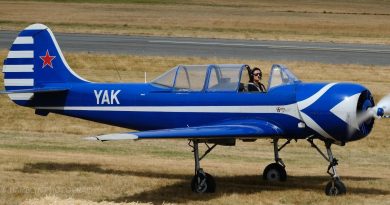 History made by female Yak-52 pilot. 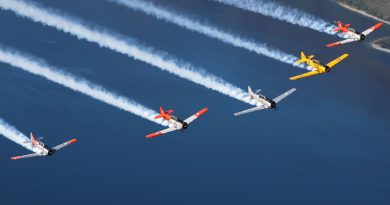