The small satellite, with a big mission, is appropriately named “Firefly.” Sponsored by the National Science Foundation (NSF), the pint-sized satellite will study the most powerful natural particle accelerator on Earth — lightning — when it launches from the Marshall Islands aboard an Air Force Falcon 1E rocket vehicle next year.

Although no one knows why, it appears that flashes of gamma rays that were once thought to occur only far out in space near black holes or other high-energy cosmic phenomena are somehow linked to lightning.

Using measurements gathered by Firefly’s instruments, Goddard scientist Doug Rowland and his collaborators hope to answer what causes these high-energy flashes. In particular, they want to find out if lightning triggers them or if they trigger lightning. Firefly is expected to observe up to 50 lightning strokes per day, and about one large TGF every couple days.

This video is public domain and can be downloaded at: http://svs.gsfc.nasa.gov/goto?10645 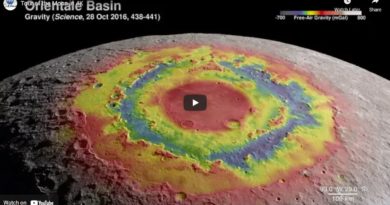 One thought on “Project firefly the toaster sized satellite!”